Shinbinthalyaung or recumbent image of the Buddha : It is a colossal recumbent image 60 feet long, in a brick shed within the precincts of the Shwesandaw pagoda. Unlike the recumbent image in the Manuha temple at Myinkaba its head points to the south, whereas the latter points to the north, a position assumed by Gautama Buddha when he was lying on his death-bed between two sal trees at Kusinara. Stylistically, this image may be assigned to the 11th century A.D. 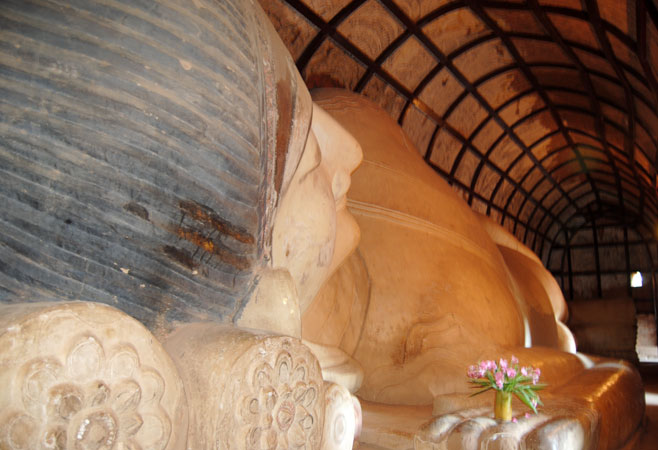 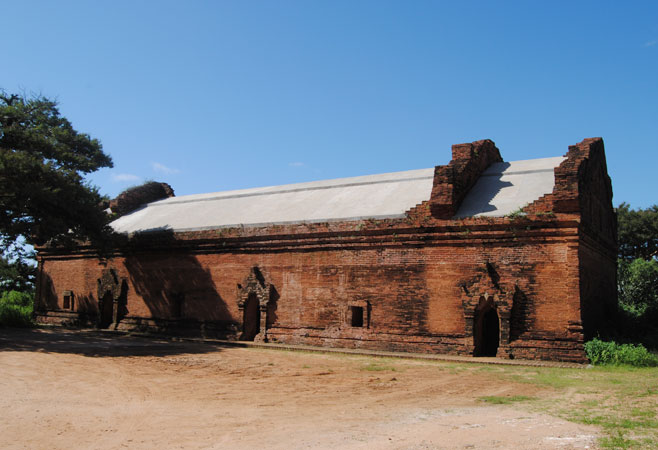