Sulamani Temple. It is situated about three miles to the south-west of Nyaung-U. It was built in 1183 A.D. by Narapatisithu, and resembles the Thatbyinnyu in plan. The temple consists of two storeys, being set back one behind the other, and each is crowned by terraces ornamented with battlemented parapets and small stupas at each comer surmounted a deeply moulded cornice set with glazed plaques of different sizes and patterns. In plan each storey is a square and four porches facing the cardinal points project from each, the porch on the east face being larger than the rest.

A vaulted corridor runs round the central pile of solid brickwork in the ground storey, and a deep recess built into the side of the wall of the projection on the east contains an image of the seated Buddha placed on a pedestal. The statues on the other sides are placed on pedestals built against the side of the walls without any recess.

The upper storey is raised to a height almost equal to the ground storey, and access to it is gained by two narrow flights of steps, built in the thickness of the walls below; and two broad ones leading from the first terrace above the roof of the east porch of the ground storey. An image chamber formed in a recess on the east side of the central block, with a vaulted corridor running round it, forms the interior of that storey:

That the walls and vaults were originally covered with fine frescoes is attested by some traces of them which may still be seen in the soffit of the arches.Those on the walls have now been obliterated and covered over by new ones, which are of an inferior style, and which were executed barely in 18th century A.D by some monks residing in the neighborhood. There are two inscription stones in the temple.

The whole building is well lighted with doorways the outsides of which are ornamented with flamboyant pediments crowned by miniature stupas. 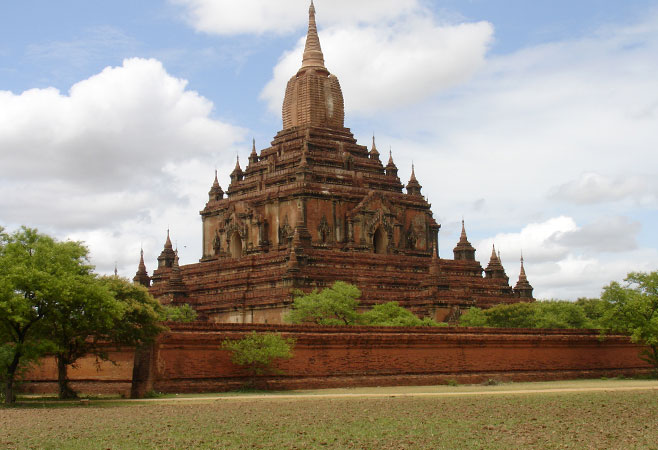 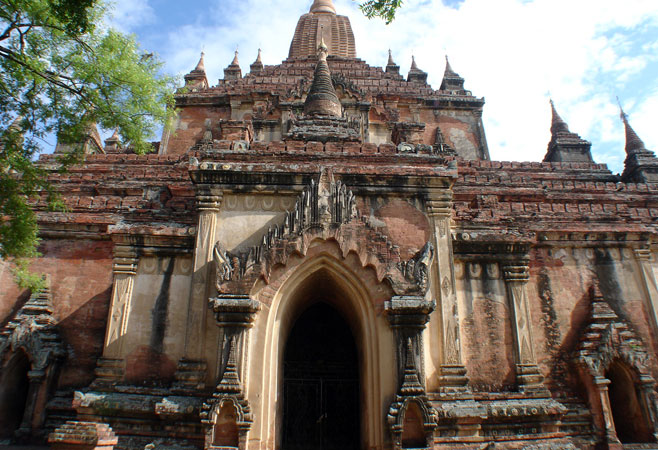 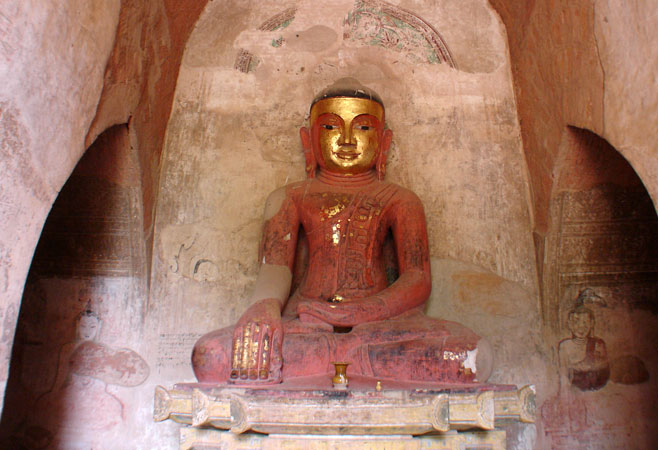 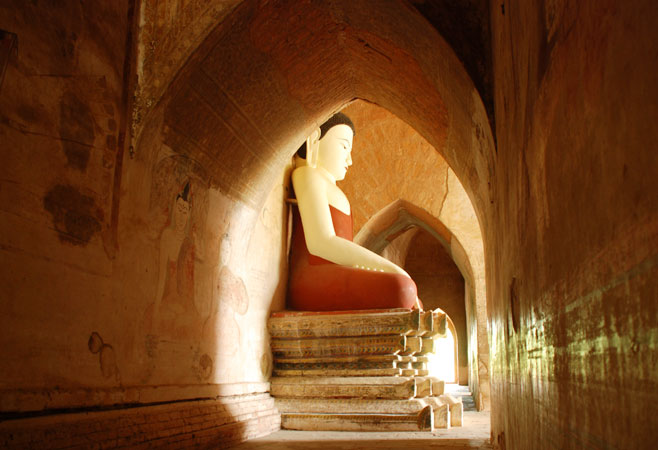 Mural paintings and archways near a Buddha Image 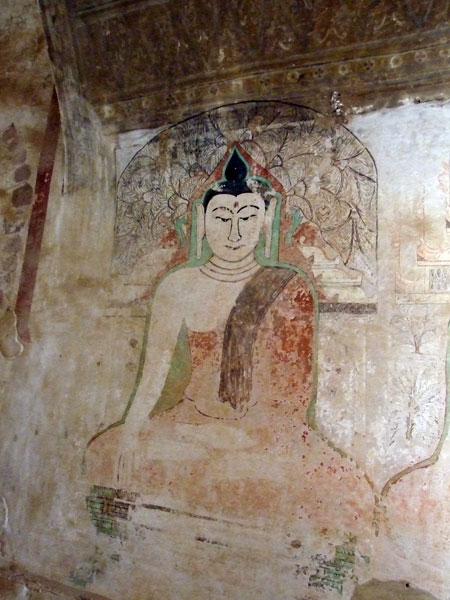