Payathonzu Temple. The Payathonzu is so called because the monument consists of three distinct small square temples with vaulted corridors and porticoes, joined together by two vaulted narrow passages leading from the one into the other. There is a pedestal in each sanctum, but the images have disappeared and their exact nature is not known. The walls of the corridors and the vaults are covered with beautifully painted and well preserved mural painting. The half decorated middle sanctum and the plain walls of the western temple indicate that the work was abandoned before completion. The date of the foundation of this temple is not known but it can safely be assigned to late 13th century A.D. 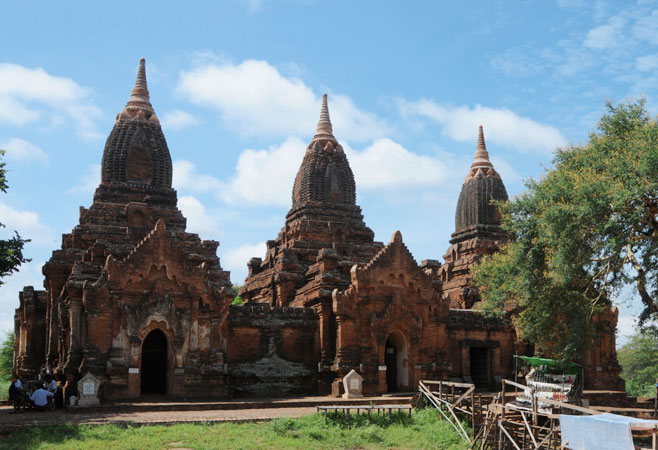