Nagayon Temple. It is an elegant structure belonging to the earlier type attributed to Mon workmanship. The temple has a projecting hall facing north; the external form resembles the Ananda so far as the disposition of the comer stupas, the curvilinear roofs, the terraces, the sikhara and the finial stupa are concerned. The shrine in the centre has a dark corridor running round it, which is ventilated by five perforated windows on each side. Within the hall are niches containing stone reliefs of the life of Buddha.

The shrine contains a huge standing Buddha flanked by two shorter Buddhas. The outer walls of the shrine and the corridor walls have niches containing stone sculptures probably depicting the Buddhas anterior to Gautama. The walls of the corridor are decorated with paintings illustrating propheside to Gautama scenes from the life of Buddha and the Jatakas with glosses in Mon and Pali. Legend has it that the temple was built by Kyanzittha on the spot where he was given protection by a naga in’ the course of his flight from Sawlu. 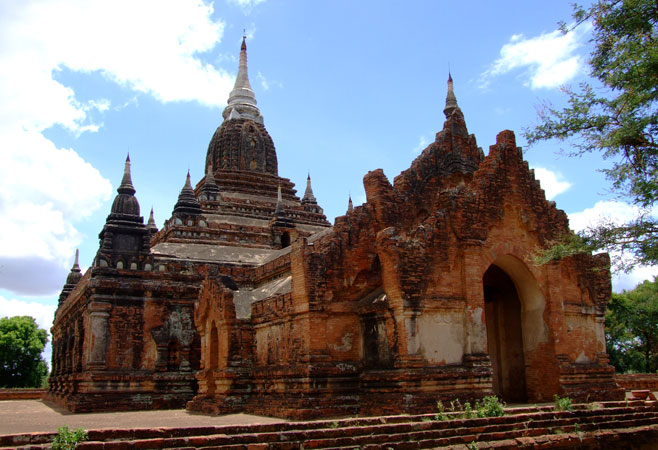 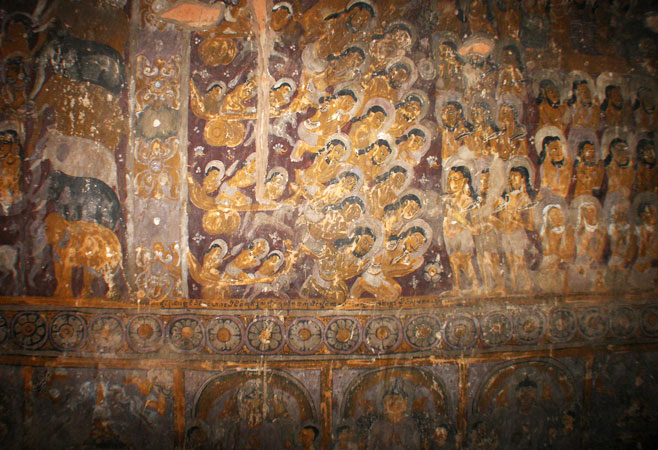 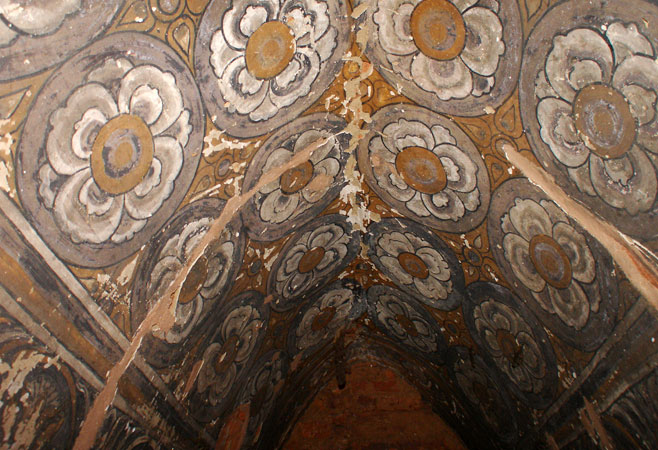 Mural paintings on the ceiling 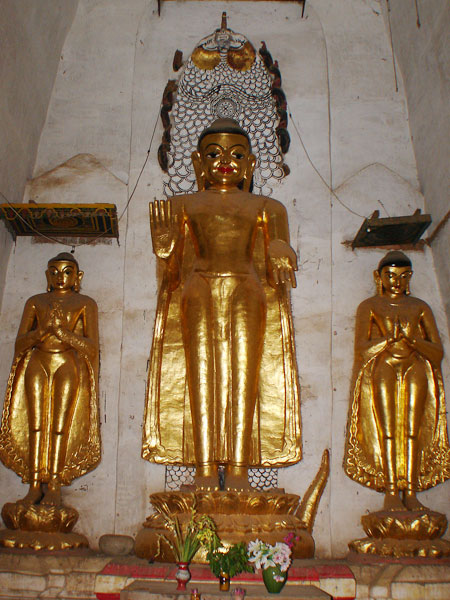 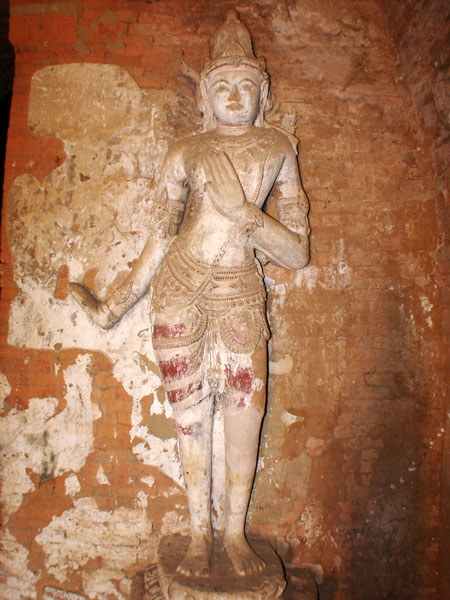 One of the statues inside the temple