Close to the Atumashi Monastery stands the Shwenandaw Monastery meaning “Golden Palace Monastery”. This monastery is of great interest not only as a fine example of a traditional Myanmar wooden monastery, but as a fragile reminder of the old Mandalay Fort. 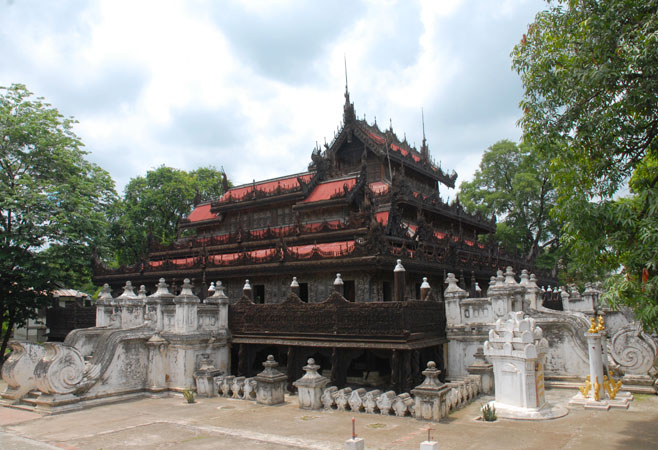 At one time this building was part of the palace complex and was used as an apartment by King Mindon and his chief queen, and it was in this building that he died. After Mindon’s death, King Thibaw Min had the building dismantled and reassembled on its present site in 1880 as a monastery. It is said that Thibaw used the building for meditation, and the couch on which he sat can still be seen.

This monastery is famous for its beautiful wood-carvings. This wooden monastery is carved all over with motifs and mythical creatures. It was once entirely covered in thick gold, but only the interior gold remains due to harshness of the tropical weather. Some of the outer carvings have been prised off and removed being damaged by the weather. Inside the monastery, there are 10 jataka scenes taken from the Buddha’s life. These are still in a very good condition. 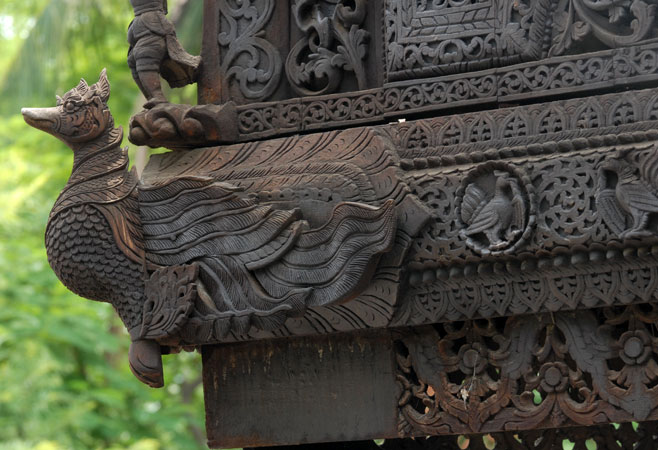 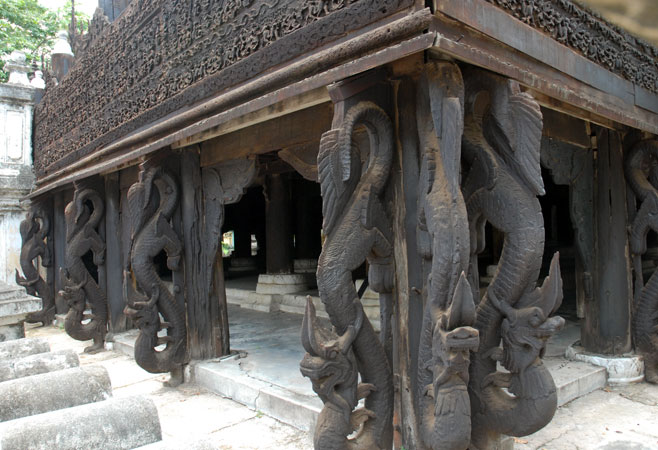 The basement of the monastery decorated with dragon pillars 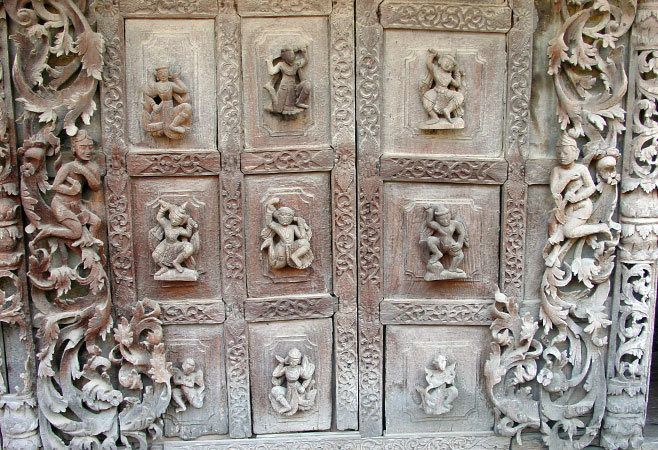 Closer view of one of the door panels 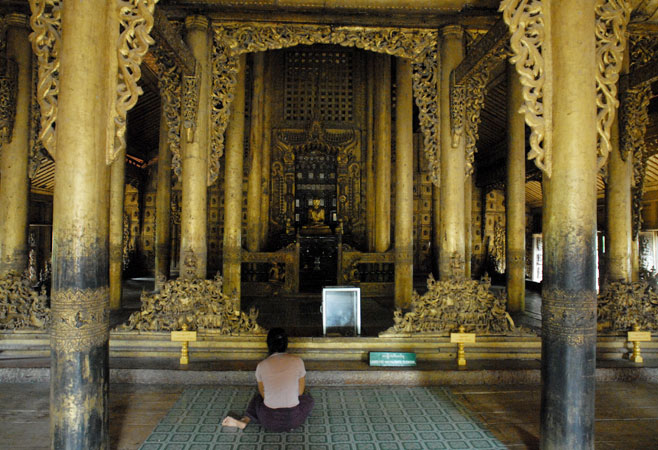 The interior is glittering gold 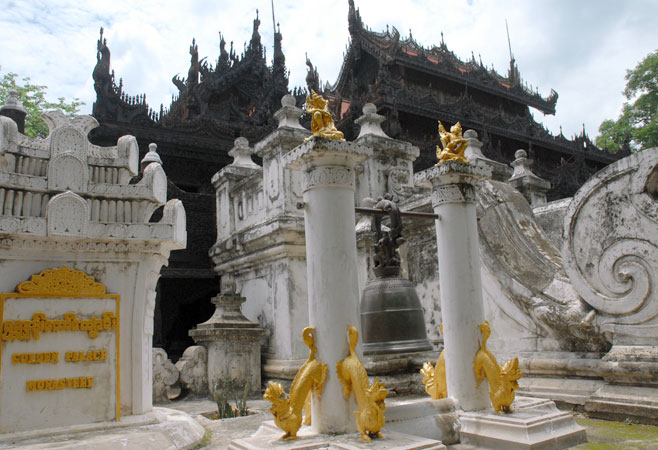 A bell at the monastery 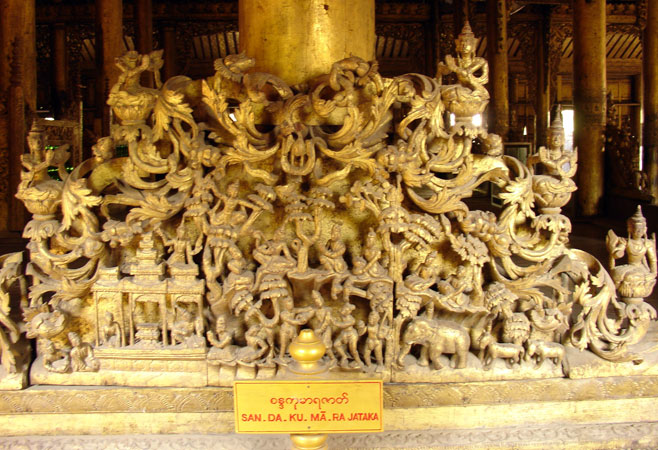 One of the 10 jataka scenes 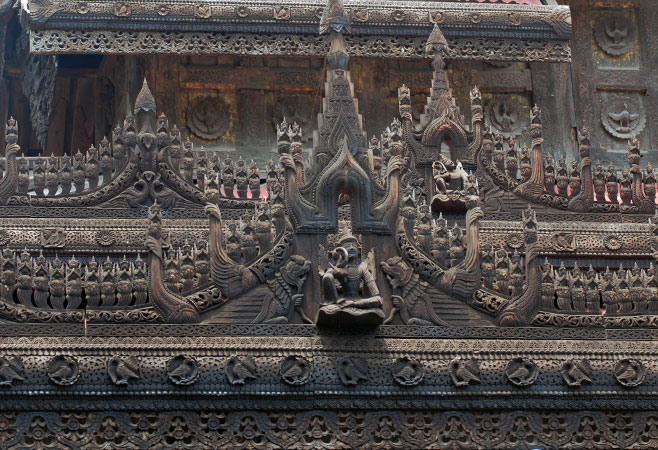 The pride of Myanmar woodcarvings 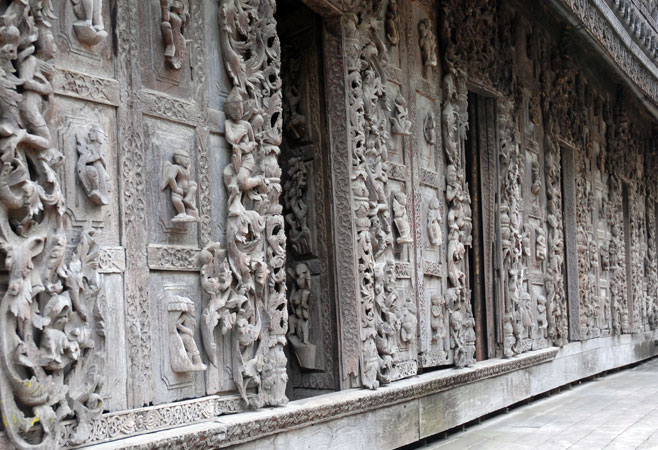