The Buddha Tooth Relic Pagoda is situated on the Maha Dhamma Yan Thi Hill, to the east of the Yangon-Mandalay Highway, Shar-taw Lay Village, Amarapura Township. The Maha Dhamma Yan Thi Hill was chosen for the site of building the pagoda, and the Parikamma Ground Cleansing Ceremony was celebrated on 6-7-95. On the land which covers 364.23 hectares is built the main shrine of 49.38m in diameter and 49.38m in its Height. It took one year, five months and eight days to complete the construction of the pagoda from the day of the Ground Cleansing Ceremony to the day of Offering the Golden Ornamental Finial to the pagoda. The pagoda’s passages face nine directions. Its model is of the late 20th century architectural design, a harmonious combination of the two models of the Ananda Temple of the Bagan Period and the Shwedagon of Yangon. It evokes awe and reverence in the beholder. In the nine gateways are enshrined nine Buddha images in the posture of nine Mudras, and are entitled the sacred Nine Attributes of Lord Buddha. 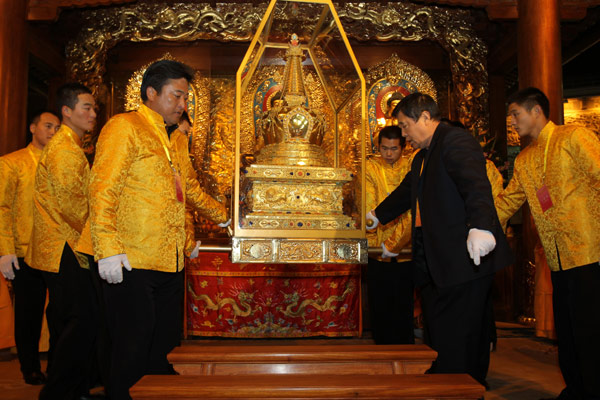 The pagoda enshrines over two thousand Buddha images. It has gilded pillars, teak pillars and a gold painted lacquer canopy, the very work of superb craftsmanship. What is of great significance about the pagoda is that with the enshrining of the Buddha tooth relic, it can be entitled as the Dhatu Ceti, while, with the housing of the Buddha Images, it can also be entitled as the Ganda Kudi Taik Kyanung Taw. The Buddha Tooth Relic Pagoda was built at the cost of 40.35 lakhs of kyats with the subsidiary fund of the government and the people’s donations. The tooth relic casket’s value is over 320 lakhs of kyats, having a thirty one step gold Mt.Meru stair embedded with jade, a silver altar, nine jade Buddha images and eight jade columns. The entrance gateway of the Buddha Tooth Relic Pagoda, Mandalay, was donated by Mandalay City Development Committee, and was opened on 9-12-96. Not only local pilgrims but also tourists visit and pay obeisance at the pagoda, offering donations. 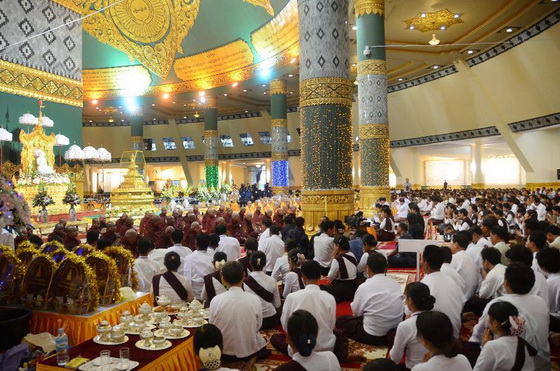