The whole palace complex was destroyed by fire during the Second World War. The palace walls, the four gates and the moat still stand today as evidence of the majestic palace city. 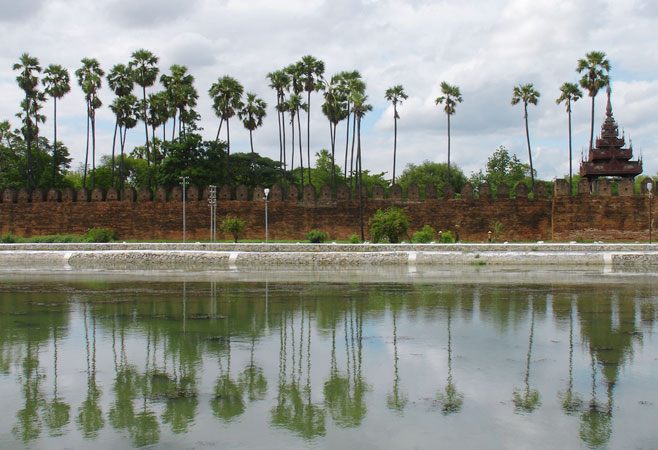 Beautiful reflections of the palace walls with palm trees 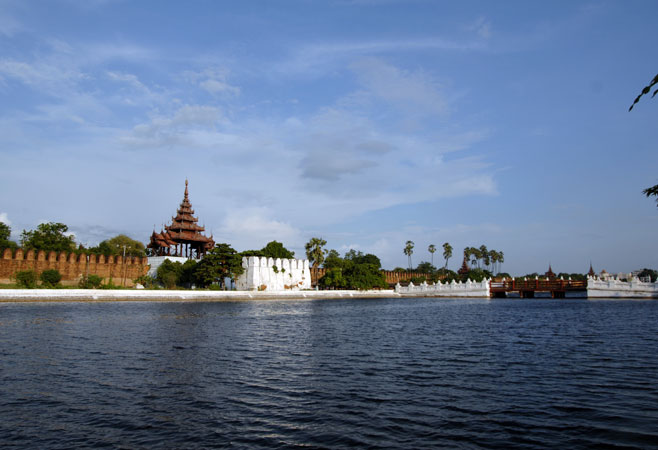 The moat and walls of Mandalay Fort 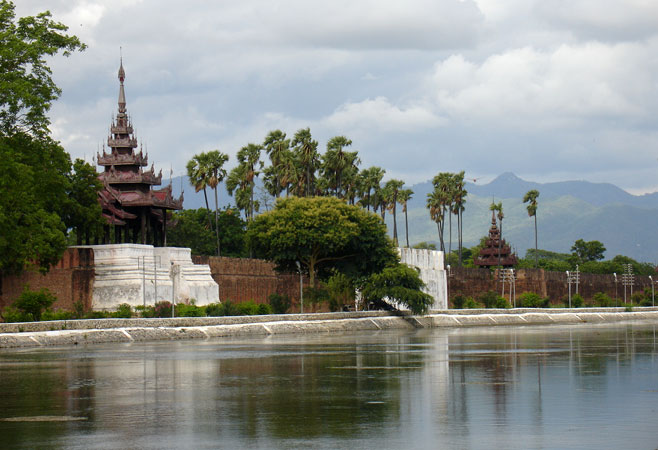