In the olden times, the Tet Thay In was a natural pond of used water and sewage of the native people, where the Shwe Ta Chaung and the Thingaza Chaung merged.

The Tet Thay In, which has been cleared up, was named Mandalay Kan Taw Gyi Lake on 9 July 1997.

The modern housing project was implemented. Starting from 29. 2. 2000, the Mye Padetha Kyun Project has been systematically carried out.

There floats the Pyi Gyi Mon Royal Barge in Mandalay Kan Taw Gyi. It was first situated above the moat waters to the south east of the Mandalay Royal Battlemented wall in 1990_a royal barge built out of the blending of the former Pyi Gyi Mon Royal Barge and the modern Myanmar handicrafts. Today the royal barge has been moved to a more proper site, i.e., the Mandalay Kan Taw Gyi Lake. It was renovated on 25. 2. 99, and it was completed on 11. 2. 2001. 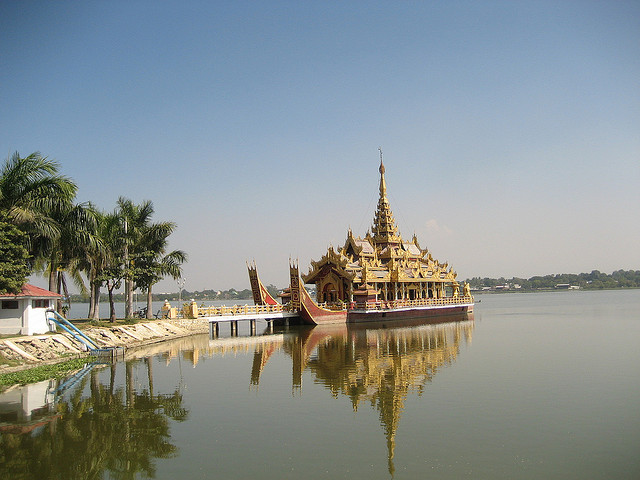 The Pyi Gyi Mon Royal Barge was the type of water vessel taken by the kings of the olden days while touring the country and in celebrating the Annual waterway Parade. Remarkably, it was on this royal barge that the Maha Muni Buddha Image, carried reverently by King Bodawpaya, the founder of the Royal Kingdom of Amarapura, was carried reverently from Amarapura to the present site in Mandalay along the Nadi Chaung. 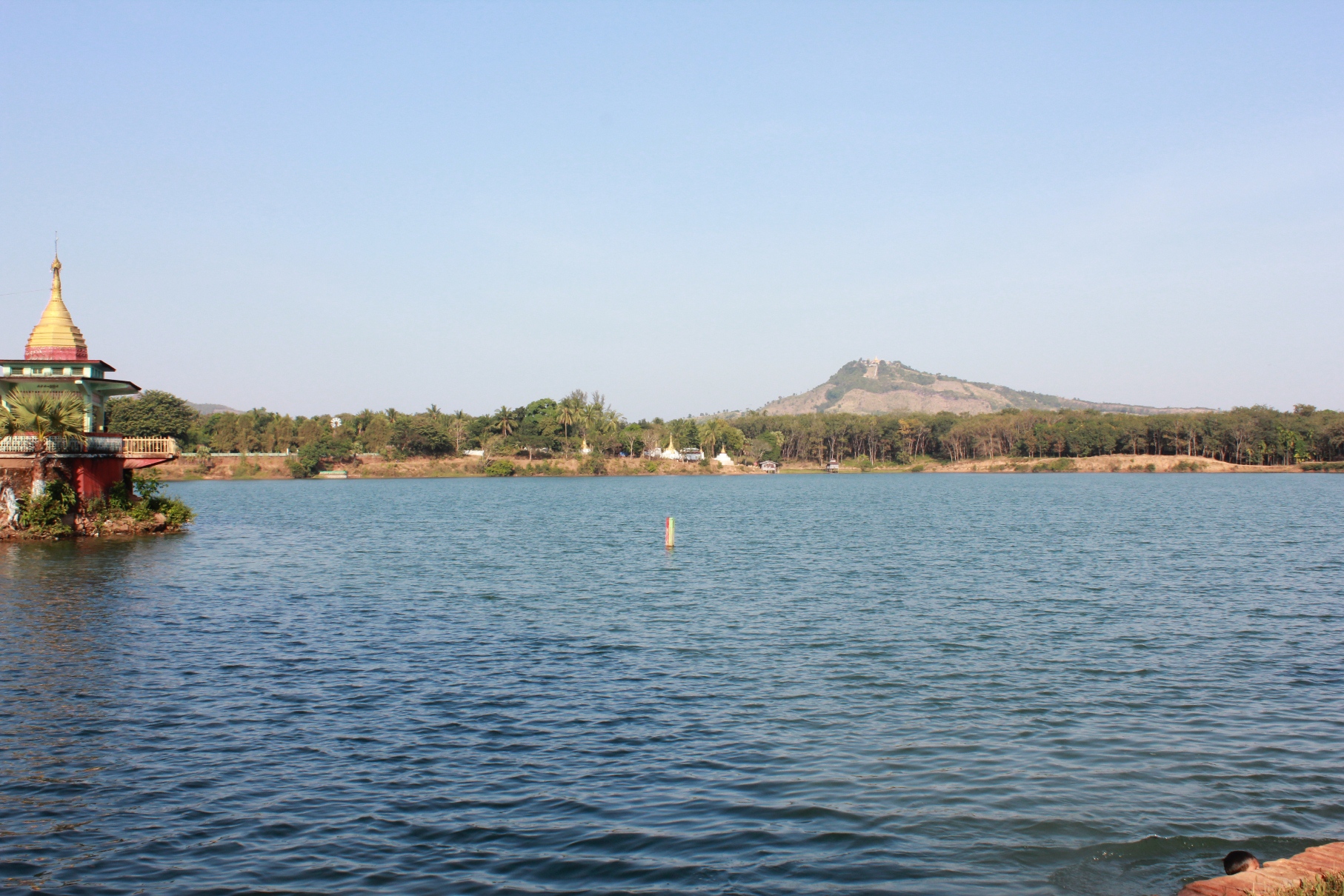 The sunset beauty and the scenic view seen from the Mandalay boundary Stand Road with the red sun setting behind the Minwun-Sagaing ranges dotted with whitewashed and gold shrines along the Ayeyawaddy, this is the panoramic impressionistic painting, unsatiable and unforgettable.