Upali Thein (Ordination Hall). Situated close to the Htilominlo Temple. This ordination hall was named after a celebrated monk, Upali. He lived during the reign of King Nantaungmya and Kyazwa, and the foundation of the building may be assigned to the second quarter of the 13th century A.D.

It is a structure of fine proportions enclosed within brick walls. It is rectangular in plan, and contains a hall with an image of the Buddha placed on a pedestal near the western end. The roof is ornamented with a double row of battlements in simulation of wooden architecture, and its centre is surmounted by a small, slim pagoda.

The arches on which the superstructure rests are well-built; and the fine and brilliant frescoes covering its walls and ceilings are in a fair state of preservation. They belong to the late 17th or early 18th century A.D. Shorn of the Buddhistic architectural details, the external appearance of this ordination hall reminds the spectator of the wheelless Vishnu- raths of South India, particularly of Conjeevaram and Mahabalipuram. 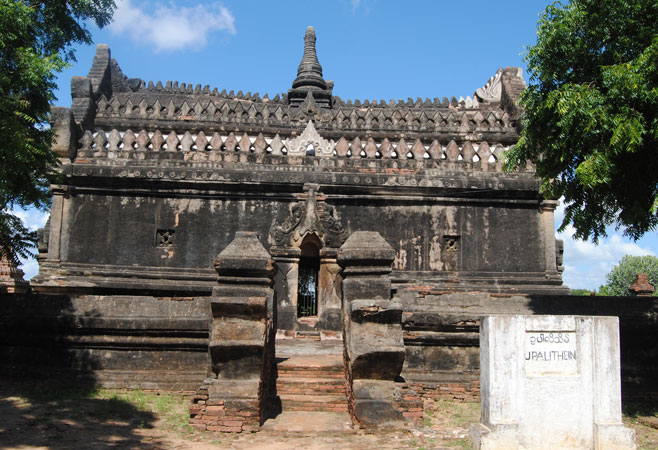 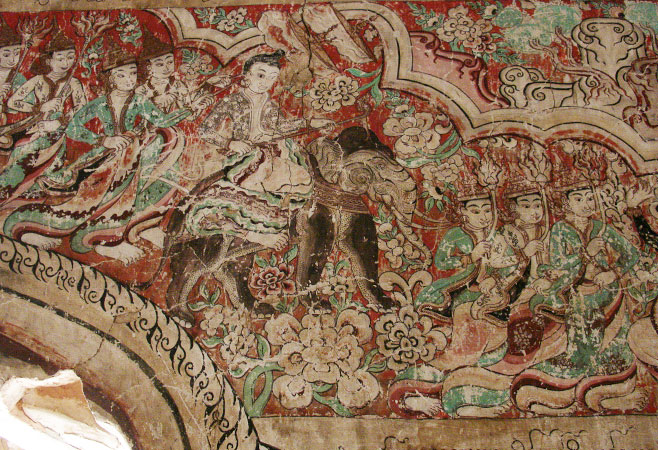 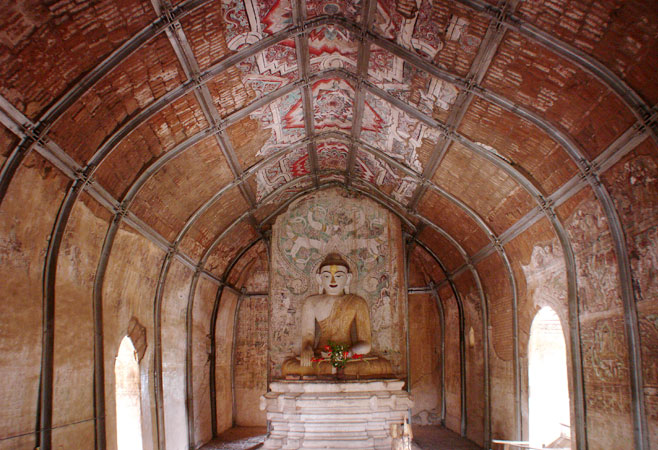 Inside view of Upali Thein