East Petleik and West Petleik. These pagodas belonging to 11th century A.D. were in ruins in 1905. When the lower portions were cleared of debris almost entire series of unglazed terracotta plaques depicting scenes from the Jatakas were recovered. The pagodas originally had vaulted corridors round the basements, and the walls were lined with rows of square niches which accommodated the Jataka plaques. These have been placed in position and new roofs were provided to preserve them. The upper portion of West Petleik resembles that of Seinnyet Nyima Pagoda. 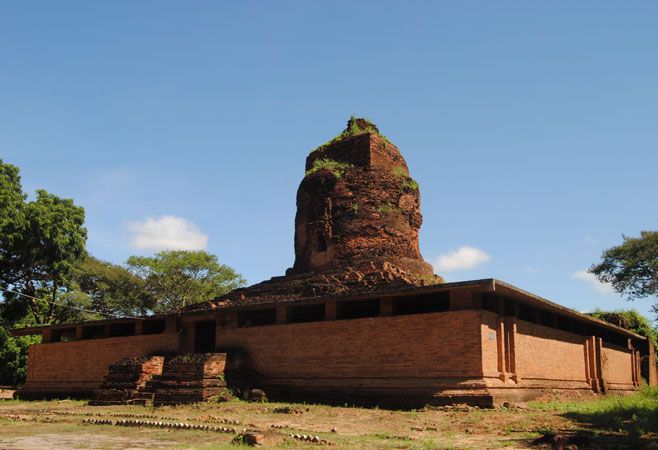 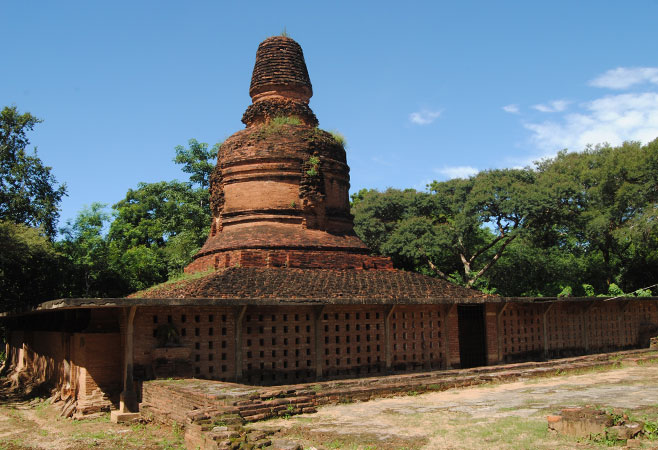