Nanpaya Temple. Lies close to the Manuha temple. According to tradition, it was used as the residence of the captive Mon king, Manuha. It is built of brick and mud mortar and surfaced with stone, and is square in plan with a porch projecting on the east face. Flanking the sanctuary in the main building are four stone pillars on the sides of each of which are carved triangular floral designs and the figures of the Brahma holding lotus flowers in each hand. Like other earlier temples at Bagan it has perforated stone windows to admit light into the building. The arch pediments over the windows and the carvings of the frieze are fine examples of architectural motifs in stone. 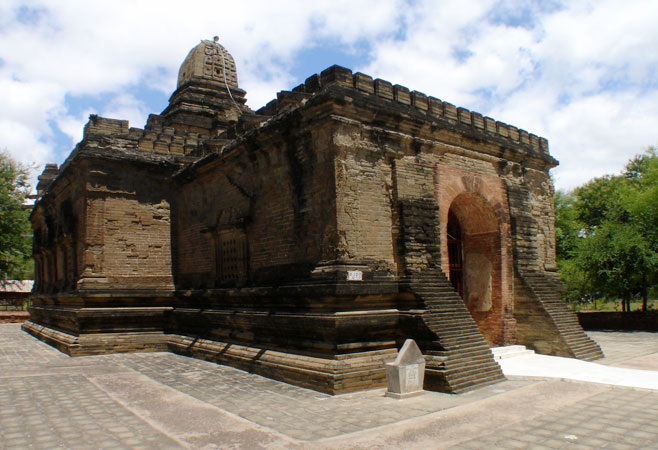 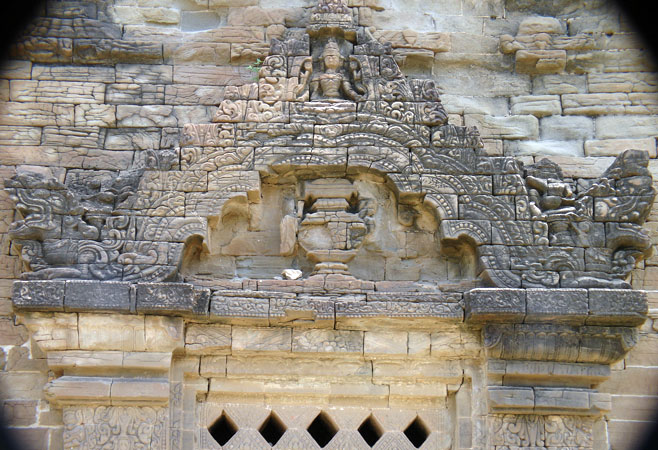 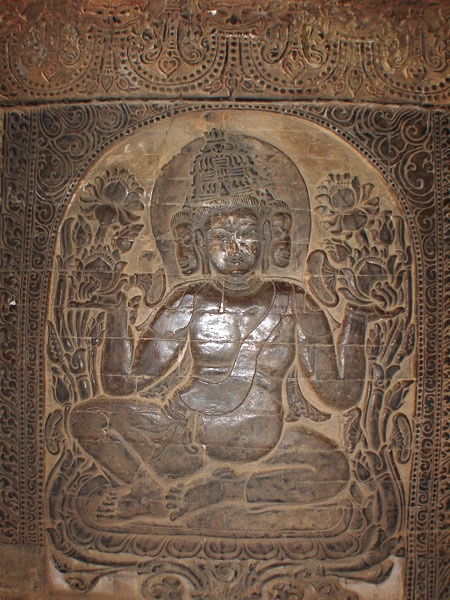 A sandstone figure of Brahmas carved on the column 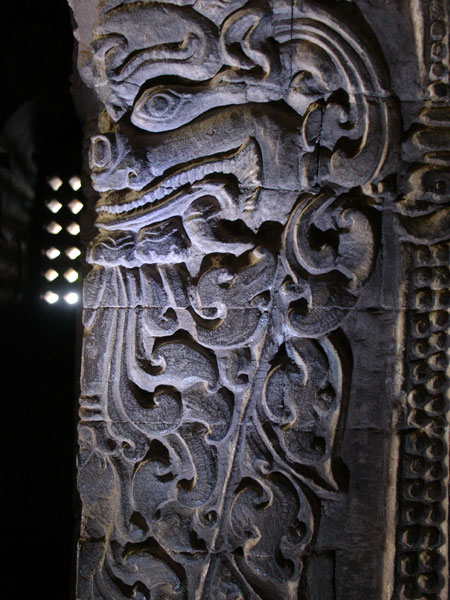 Ogre figure on the column inside Nan Paya