Manuha Temple. It was built by Manuha, the captive king of Thaton, in 1059 A.D. It is a reduplicated square structure with a battlemented terrace, the upper storey being smaller than the lower, so that the entire building appears to assume the form of a pyramid. It contains three images of seated Buddhas and a recumbent image of gigantic proportions representing the Buddha in the act of entering Nirvana.

The temple is an allegorical representation of the physical discomfort and mental distress the captive king had to endure. The builder’s grievance is graphically demonstrated by the uncomfortably seated and sleeping Buddhas. 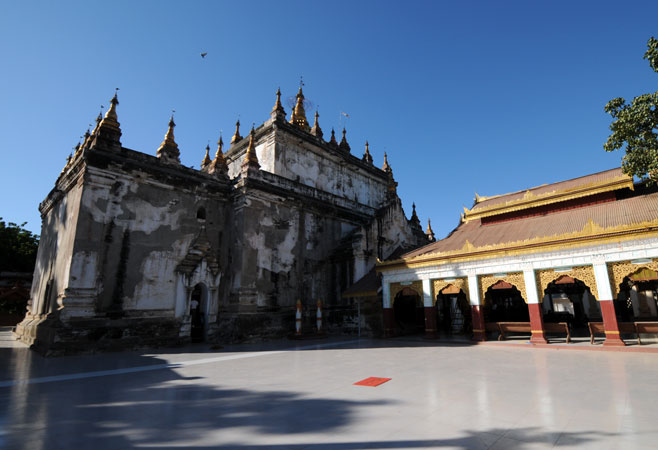 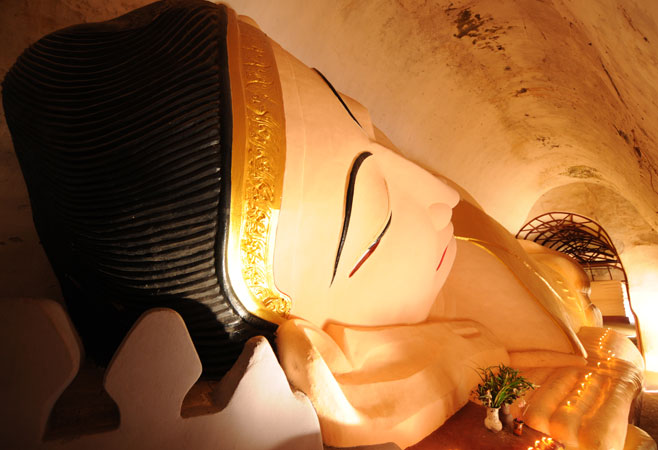 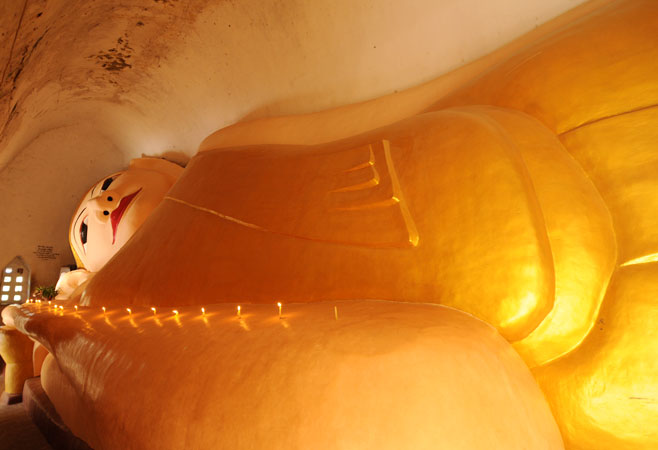 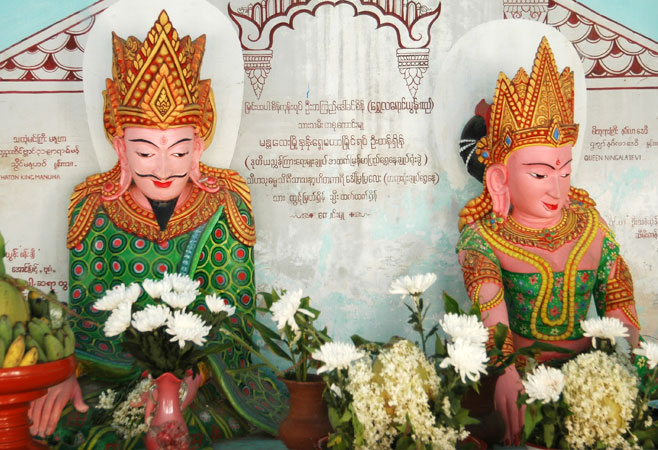 The statues of King Manuha and his queen