The Dattawgyaik Waterfall is located in Ani Sakhan which is the half way point between Mandalay and Pyin Oo Lwin. It is also known as Anisakan Falls. The height of the waterfall is nearly 122m and the depth is about 91m. The trail to the fall is steep. It takes 45 minutes from the trail-head to the bottom of the falls and climbing back to the top is about 90 minutes up. It is truly a pleasure, stepping down among the calm expanse of green mountain ranges in cool climate. The waterfall has three levels and the view of the lowest level becomes increasingly delightful as you head up. The sound of falling water and the touch of the cool water will sweep away your tiredness. Winter is the best time to take photos when the water amount is less and it doesn’t splash too much. 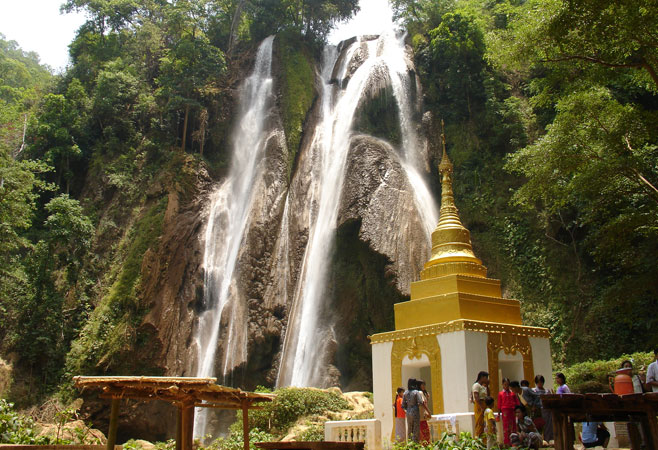 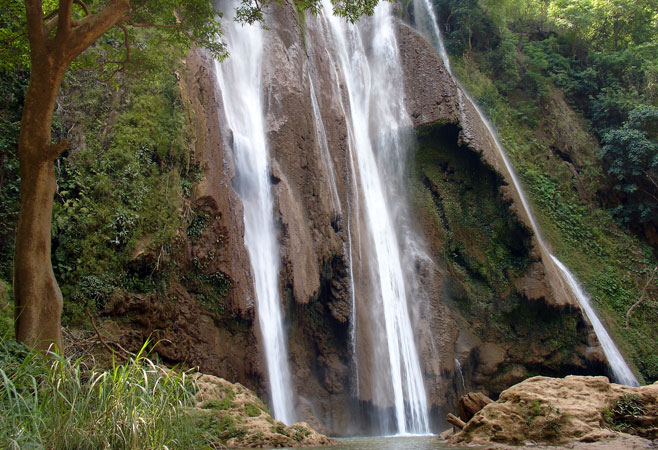