Dhammayangyi Temple. Built by Narathu who was also called the ‘ Kalagya Min or the king killed by the kalas. The Myanmar chronicles assert that while the construction of the temple was in progress, the king was assassinated by some kalas and it was never completed. Sinhalese sources, however, indicate that it was the Sinhalese who put the king to death. Most of the arches and the major portion of the structure are still sound. The finest brickwork is to be seen in this temple and the enclosure wall. In plan it is similar to the Ananda, but only the outer corridor is accessible as all the entrances to the inner one are blocked by brickwork for an unknown reason. 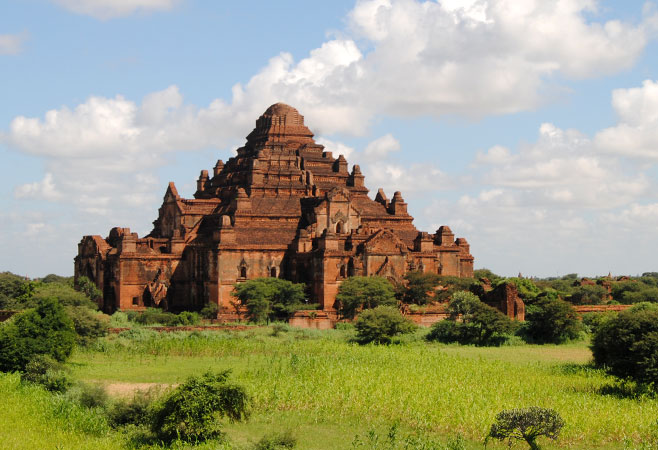 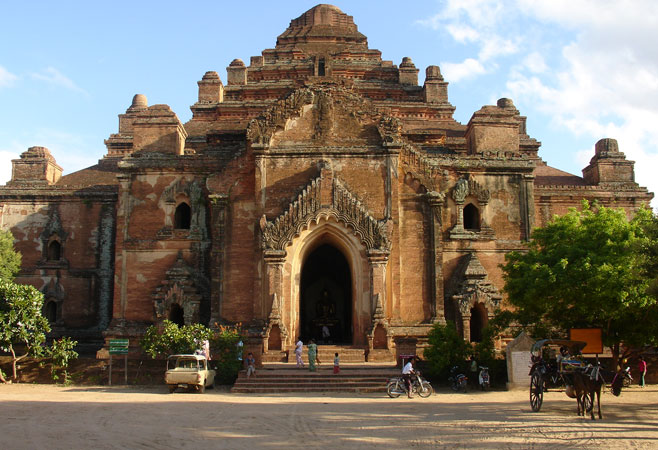 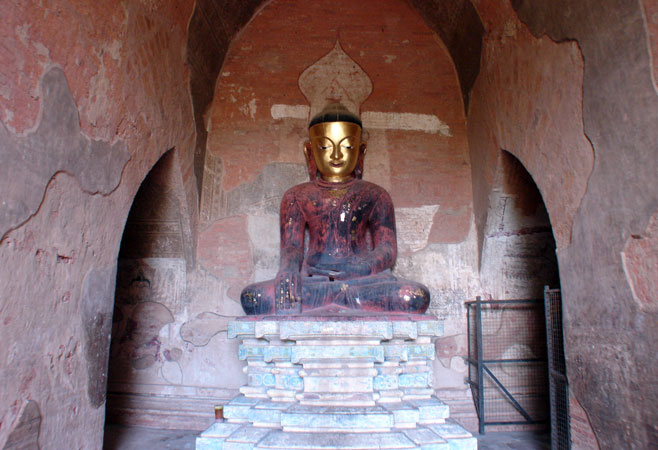 Buddha image inside the Dhammayangyi Temple 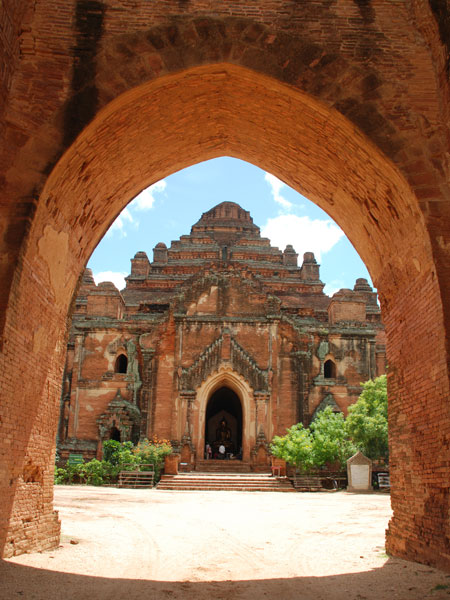 Dhammayangyi seen through the archway 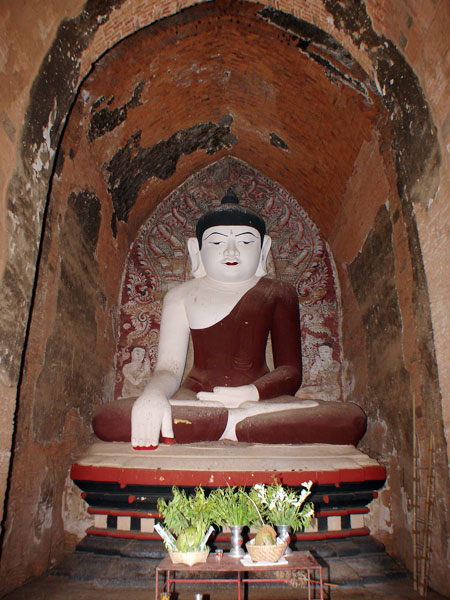 Another Buddha image inside the Dhammayangyi Temple